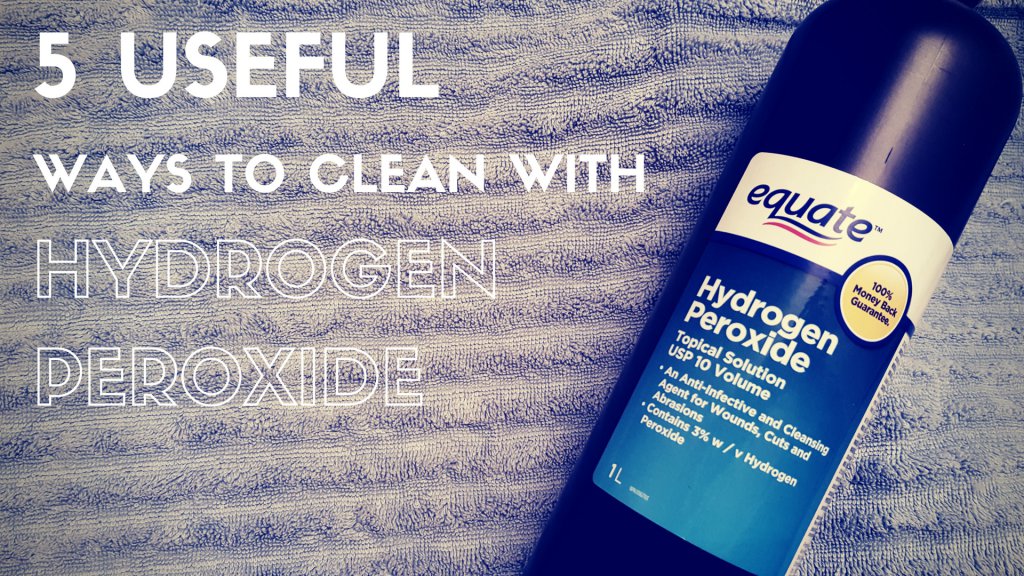 I’m a real nerd when it comes to chemistry jokes, but I especially wanted to use this one for today’s post; because today is all about our dear friend, hydrogen peroxide, also known as H2O2 (H2O too, get it? Yeah, I thought so, too!). Now, some of these tips use a lot of hydrogen peroxide, but thankfully, the stuff is ridiculously cheap, even without considering its versatility.

Got dark hair with lighter highlights? You’re probably familiar with this special property possessed by hydrogen peroxide that is taken advantage of in the hairdressing industry. Peroxide is not only a powerful bleaching agent, it is also a wonderful cleaning agent that can be used to kill bacteria and works as a superb disinfectant killing surface bacteria and viruses in as little as 30 seconds.

You can clean just about anything with it.

Now, the standard “recipe” for most cleaning tips involves equal amounts 3% hydrogen peroxide and water, but the uses for it are infinite! Put some in a spray bottle and spritz over dirty counters or on spill stains on the carpet (be careful with this, because hydrogen peroxide does act like a bleach, albeit a lot slower, so make sure you don’t do this on dark carpet, or dilute it a lot more). Let it sit and bubble, and then wipe away!

And we mean everything, even the nitty gritty stuff. Literally.

Got stains that require a lot more elbow grease? Mix a couple of drops of hydrogen peroxide into baking soda and spread it over said tough stain. It will eat away at it for a couple of minutes. Use a sponge to scrub the stain, and it will lift right out with close to none or very little resistance.

Lift those permanent stains off your bathtub.

Bathtub starting to get a little grimy and your standard bath cleaners won’t cut it? Fill it up and add 3-4 cups of hydrogen peroxide and let it sit for a while. Give your tub a scrub and when you drain that water, your tub will be whiter than ever! You can also do this with your toilet, just use 1 cup of peroxide, let it sit, then brush away the stains. Check out this super cool before and after from Instructables. The results are quite impressive!

Keep your fridge fresh, not funky.

If your fridge is starting to get that funky smell from the occasionally forgotten leftovers sitting in there for days (or weeks…or months…don’t worry, we all are guilty of this little secret), wipe down the whole fridge with equal parts water and peroxide. The smell will dissipate and the fridge will become much cleaner!

So, as you can see, hydrogen peroxide is one of those chemicals that should be kept around for its insane versatility. You can find it at any pharmacy or grocery store first aid aisle. If you don’t already have some around, go out and get it! You’ll thank me later. For more information or help call Maid in T.O.